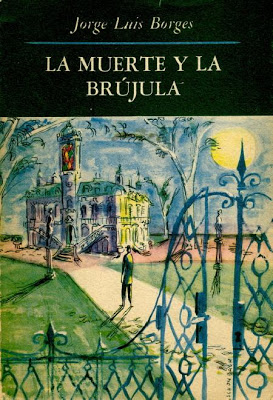 As a teacher of literature at the college level for over thirty years and a published writer of fiction for about as long, I’ve always been intrigued by what the meanings of characters’ names. By “meaning” I include allegorical names in English, such as Faith from Hawthorne’s short story “Young Goodman Brown,” whose literal name is obviously meant to also stand for religious faith within that tale. Though Hawthorne mostly restricted himself to readily suggestive names within English (Roger Chillingworth and Miles Coverdale being too more good examples) I have had a lot of fun over the years giving English speaking characters last names from Italian and Spanish that sound perfectly realistic but also “mean” something in English that helps further identify the character. One of my favorite writers in Spanish, Jorge Luis Borges, may have helped me to this idea with his two characters Eric Lonnrot and Red Scharlach from “La Muerte y La Brújula” (“Death and the Compass”). 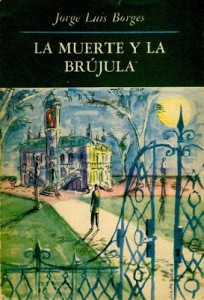 Borges wants us to view the two opponents in the convoluted mystery as unwitting doubles of each other. He aids his cause by giving the criminal a name obviously tied to the color red (his nickname is “Red” and “scarlet” is easy to uncover in his last name), while giving the detective slightly more subtle connections to the same color (his first name Eric might remind some of the famous Viking “Eric the Red” and his last name includes “rot” the German word for red.). My foreign language fluency is mostly in Italian and Spanish, and, fortunately, much of my fiction involves Italian-American and Latino characters, so I’ve been often able to make use of that fluency in deciding on my characters’ names.

Sometimes the touch is fairly subtle. One of my published short stories entitled “The Return of Felix the Cat,” includes a character named Marianna Verde; the last name means “green” and green symbolizes hope, so it’s a tiny clue that this boy re-meets girl story set on New Year’s Eve will have a happy outcome. In the title story from my book of stories Some of My Best Friends and Other Fictions, the main character is named Arthur Leo. I knew an Arthur Leo, so the name is totally authentic. In my story he is an Italian-American who is mistaken for a Jew by some anti-Semites because they ignorantly assume Leo as a sometimes Jewish –American first name must equally serve as a Jewish last name, particularly since Arthur’s best friend at the summer job is Jewish. The name Leo, though, can suggest both a lion and loyalty, and in the story Arthur has to decide if he has the courage and loyalty to stick by his Jewish friend, in spite of the prejudice and potential violence threatened. So I was able to get both a perfectly believable name for my character while also sending out a bunch of clues about that character and his upcoming choices.

One more example: my novel, The Odd Squad, (a 2006 finalist for the John Gardner Fiction Book Award) concerns itself with three main characters, Frankie Nero, Willie King and Luis Flores, one white, one black and one Puerto Rican, who try to maintain a close friendship in an integrated neighborhood in working-class Queens, in the face of lots of racial prejudice. Frankie is an Italian-American who hangs out almost exclusively with blacks and Latinos; his name is a common, Italian-American name, but Nero is Italian for “black,” so it has a nice irony. Willie King is a super-confident and almost visionary teen, so I gave him a name that would also be totally realistic but also readily recall both royalty and Martin Luther King Jr. Finally, Luis Flores is a character who has the most trouble worrying about what others think and whether he is macho enough; Flores is Spanish for “flowers” and thereby seems to enhance his worries about his lack of toughness.

I’ve done similar things with lots of other characters and so too have many other authors (just think of poor “Fortunato” from Poe’s “The Cask of Amontillado,” an ironically named character if ever there was one, since his end is far from fortunate.) It’s an easy and effective tool for giving your readers something else to think about, while still presenting them with characters whose names make perfect sense and have no overly obvious allegorical meanings. Whether used straightforwardly or ironically, these names are an easy path towards subtle character identifications. Oh, and by the way, my last name, Benevento, means “good wind”; whether you take that as presaging a favorable breeze or evidence that I’m a “blow-hard” you can appreciate just another example of all the possibilities ahead.

Joe Benevento is the author of nine books of fiction and poetry, including his most recent work, a mystery novel entitled The Monsignor’s Wife with Moonshine Cove Publishing. He teaches English at Truman State University in Kirksville, MO, though he was born and raised in Queens. More information on his life and times can be discovered at www.AuthorJoeBenevento.com