George R.R. Martin has succeeded in creating some of the best fantasy names in literature. There are currently 2,054 named characters in the A Song of Ice and Fire, series — the books on which the HBO television series Game of Thrones is based. Martin’s characters reflect our continuing advice about creating fantasy names: make them easy to pronounce and easy to spell.  Well, maybe with the exception of Daenerys.

Some of his names are based on Medieval and old Celtic names, which normally conjure up a fantastical world. Many are just simply plucked from current name charts (Kyle, Jon, Lucas, Jenny, Kyra). But a great majority of the ASOIF character names are created by Martin himself. And although they are purely imagined by the author, they still seem like acceptable personally identifiable names. He does that by using a simple actual English word name like Oliver and changing it just a bit to make a character named Polliver. I’ve never known a Polliver, personally, but I hear it once, and it does sound like a name to me.

Observations from my analysis of the ASOIF/Game of Thrones full character name list*: 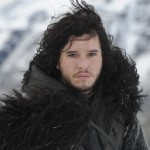 The most common name in ASOIF: Jon

1. The most popular names are Jon (22) and Jeyne (17) for male and female characters, respectively.

2. As in a real society, first (given) names are reused. Male characters are sometimes named after their father or another character. 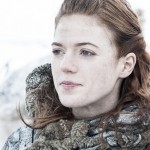 5. Wildings, Free folk, and other fantastical/quirky characters tend to only have a given name (no family name). Melisandre, Ygritte, Osha, Craster, Orell, Gilly, Hodor, Varys.

6. Names are part of the story. The surname “Snow” indicates a person was born illegitimately out of wedlock. One character can only say one word, “Hodor,” which we assume is also his name. It is later revealed that his true name is Walder (a name shared by nine other characters) and that the utterance “Hodor” was a foreshadowing of a pivotal scene in the series. Theor Greyjoy is re-named “Reek” by his captor in order to demean him.

11. Some characters are only referred to by one letter: C, H, O.

12. When Arya Stark is “lost” in Braavos, she becomes “A girl with no name.” Only until she finds her true self, does she refer to herself as Arya Stark again.

Considering a ASOIF/Game of Thrones Name for your Baby?
Be careful. What appears to be a cool, trendy name now may be “dated” in ten years. Also, consider the meaning. The term Khaleesi, for example, is a title in the story, not a name. It means “Queen of Everything.” Do you really want to impose this on your daughter? It’s equivalent of calling her “Queenie” or “Princess.”  Great for a nickname or pet name, but can your child live with it?

Recommended Baby Names
From the created names in the series, here is a list of names I would recommend for real baby names:

* My analysis is based on the character names from the first four books of the George R. R. Martin A Song of Ice and Fire series along with the Game of Thrones television series.