It’s not unusual to look up into the sky for inspiration when it comes to searching for the perfect name. After all, many parents feel babies are heaven-sent. From Sunny, Moon and Star to Angel, Celestial and Zenith, what’s above us can easily influence what we call our progeny.

But what if you want to go deeper into space, or perhaps “go boldly where no man has gone before?” Step aboard the Starship Enterprise to choose a meaningful and pop-culturally relevant Star Trek-inspired baby name for the Next Generation.

Lest you fear we’re only going to suggest the obvious cast from season one like Spock (a twofer homage to Star Trek, The Original Series and the famed baby doctor) or Kirk (though we do like the name McCoy, after Dr. “Bones” McCoy in TOS, for boys and girls) – worry not. These Star Trek-inspired baby names are cultivated from the cast rosters of all its incarnations, from the original series that debuted in 1966 to the most recent version now available online, Picard.

Each of these names works on its own without even knowing any Star Trek references, but it’s a little sweeter for a nerd if you do. So, when someone admires your child, saying “Oh, Jet? Like the Lt. Commander on Star Trek: Discovery played by Tig Notaro?” – you’ll know by association that you’ve found your tribe.

Here are some of the most “down-to-earth” Star Trek-inspired baby names (or pet names): 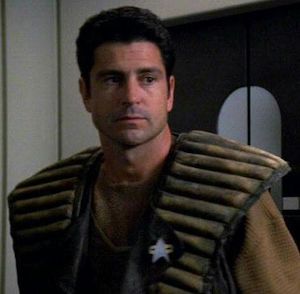 Ayala — A provisional lieutenant aboard Voyager (seasons 1 – 7) and the surname of a California senator and his namesake school, it’s a fluid name that rolls easily.

Bryce – Surname of the Discovery communications officer (season 1-3) and junior lieutenant. Also a given first name and name of several spots in the American west.

Dax –  A xenomorphic character in the fictional Star Trek universe, the Dax life form is a Trill that lives inside humanoid hosts like Jadzia and Ezri in Deep Space Nine.

Grace – Actor Grace Lee Whitney was known for her TOS role as Janet Rand and returned for subsequent Star Trek films. From the Latin, Gratia.

Ishka – From Deep Space Nine season 3 and 5-7, Ishka is a philanthropic female Ferengi who is the mother of bar-owner Quark and his little brother Rom.

Kimara – Portrayed by Adrienne Barbeau (Rizzo in Grease) Kimara Cretak is the name of a Romulan representative on season 7 of Deep Space 9. 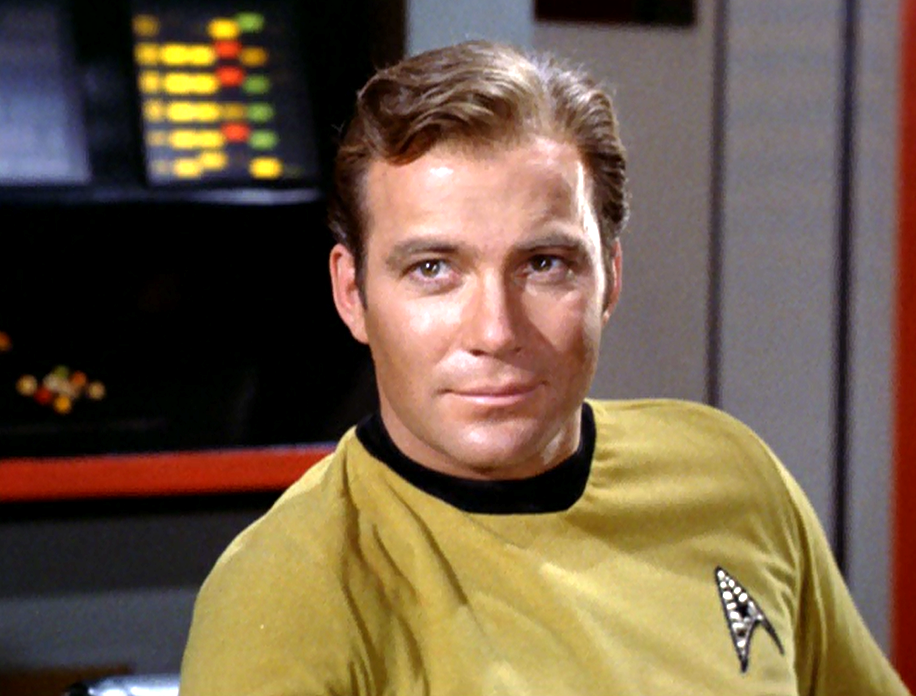 Leeta – A Dabo girl for the betting game and Deep Space Nine resident who later married Rom, this Bajoran name sounds the same as that of female wrestler, Lita.

Leland – Or “Lee.” Star Trek: Discovery (season 2) — a commanding officer in Section 31. Originally the name is Old English for “lives by unseeded land.”

Linus – A science officer on Discovery and the son of Apollo in Greek mythology, it’s a respectable name that would do well to emerge from the shadow of Peanuts.

Mila – A Cardassian housekeeper in seasons 3 and 7 of Deep Space 9, Mila is also a female Slavic name from Eastern Europe meaning “gracious” or “dear.”

Miri – Diminutive of the name Miriam, recorded in Biblical Hebrew, and the name of the eighth episode in TOS and its teenage title character played by Kim Darby.

Nilsson – The name of a female officer in seasons 2 and 3 of Discovery, we also like the name for boys as an homage to American songwriting great Harry Nilsson.

O’Brien – Miles and Molly O’Brien are a human couple on Deep Space Nine and aboard the Enterprise. He is the only major character who is Irish, from Ireland.

Owen – Owen Paris is a cast member on the Pathfinder Project in Star Trek: Voyager. It’s Welsh, dating back to the reign of Henry VIII, meaning “noble-born.”

Jet – Jet Reno is Lt. Commander on Discovery, played by stand-up comic and actor Tig Notaro. Can be masculine or feminine, it’s common in Dutch-speaking countries. 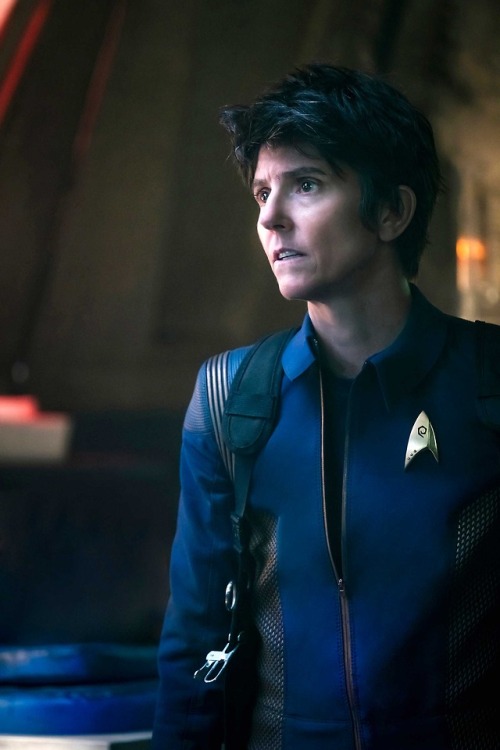 Cristobal – Cristobal ‘Chris’ Rios is a character on Star Trek: Picard who, at first, is reluctant to help the hero of this new series debuting this month on CBS All Access.

Sela – A mixed-race Romulan commander in the Romulan Empire, Sela appears in seasons 4 and 5 of Star Trek: The Next Generation.

Seska – A Cardassian who appears in Star Trek: Voyager, Seska was genetically altered to appear Bajoran in order to steal Maquis secrets. Pretty name, though.

Tiberius – It’s what the “T” in James T. Kirk stands for. A Latin name used throughout Roman history. Feminine form is Tiberia, for both, shorten to Ti.

Una – Also known as Number One on Star Trek: Discovery, Una was a first officer on the USS Enterprise. Of Latin origin, popular in Ireland, means “one” or “lamb.”

Winn – A Bajoran religious leader on Deep Space Nine, it’s not just half the name of a grocery store chain (Winn Dixie). Nice, preppie sound to it and goes with anything.

When you’re trying on these tried-and-true handles, consider the trajectory of Star Trek: what began as a small weekly television show in 1966 has evolved into one of the greatest entertainment franchises of all time, weaving its way into the fabric of our existence with socially progressive and scientifically brilliant projections of life in the faraway future. That’s an inspirational legacy for anyone.

So, if you’ve been beamed up by these Star Trek-related names for your little Enterprise, but find yourself on the final frontier without a clear choice on the horizon – consider the name of the man who created it all: Eugene Wesley Rodenberry, who went simply by “Gene.”
Here’s the full list of Star Trek characters to date on Wikipedia.

Kellie Flanagan is a writer and producer for print, broadcast and web, with credits in all media including short and long-form documentary. As a child actor Kellie played Candace on The Ghost and Mrs. Muir, The Andy Griffith Show, and the original Star Trek in the episode Miri.